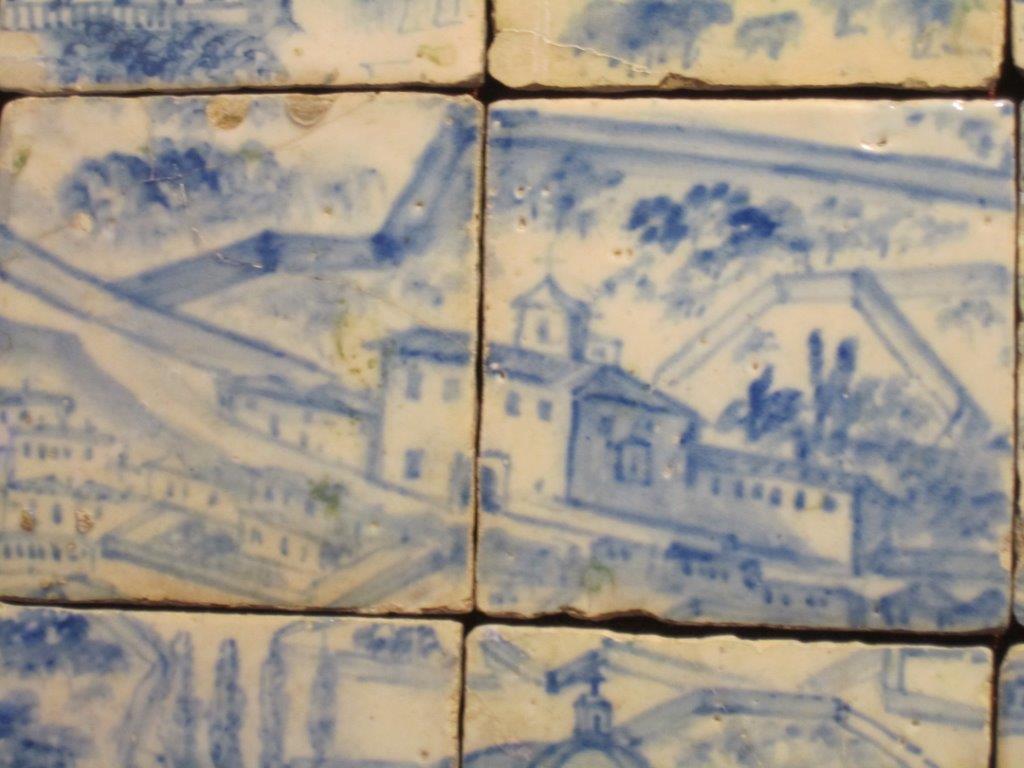 Syon Abbey, from the Grand Panorama of Lisbon 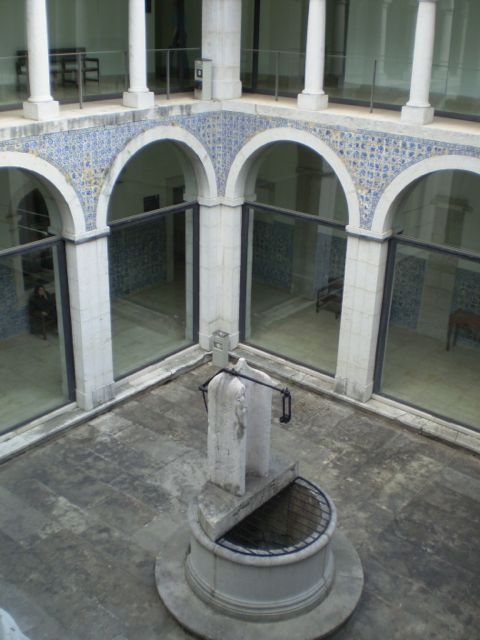 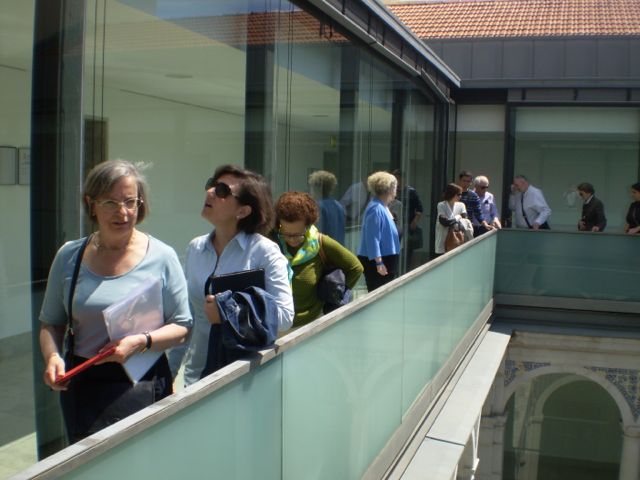 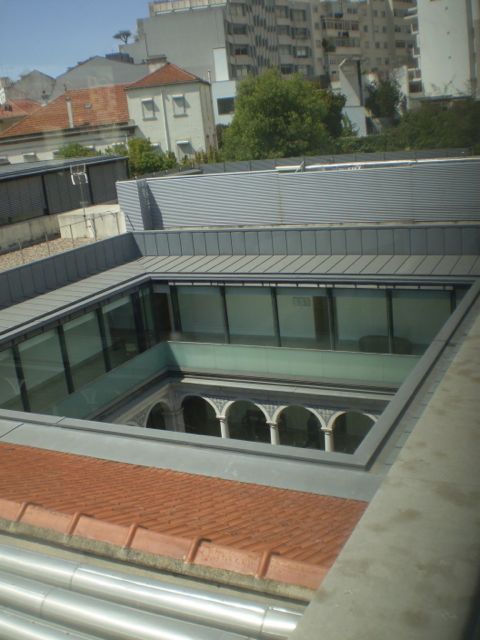 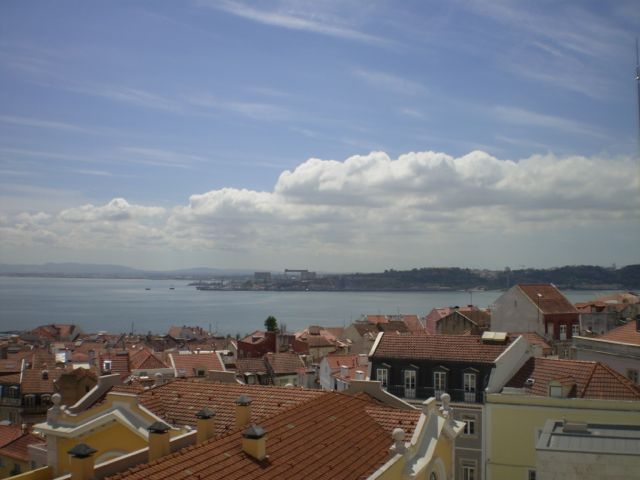 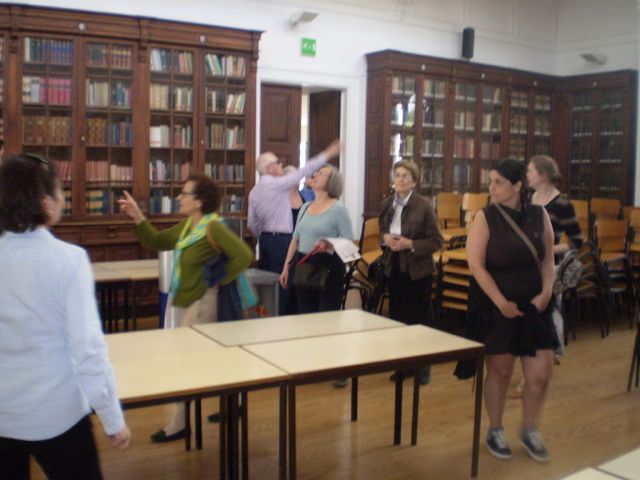 Inside the convent buildings, ISEG 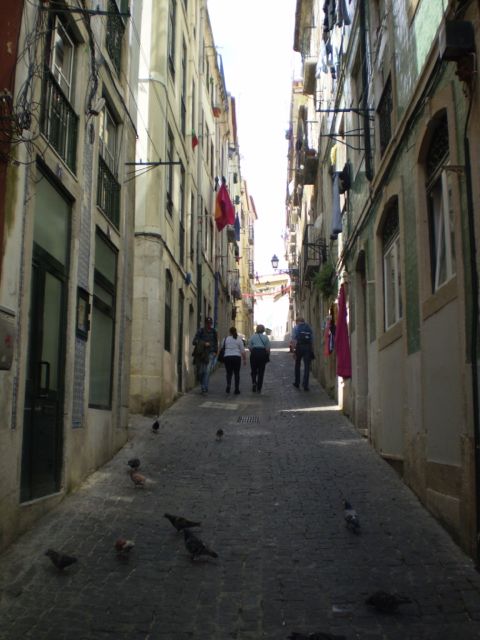 Streets around the Syon convent 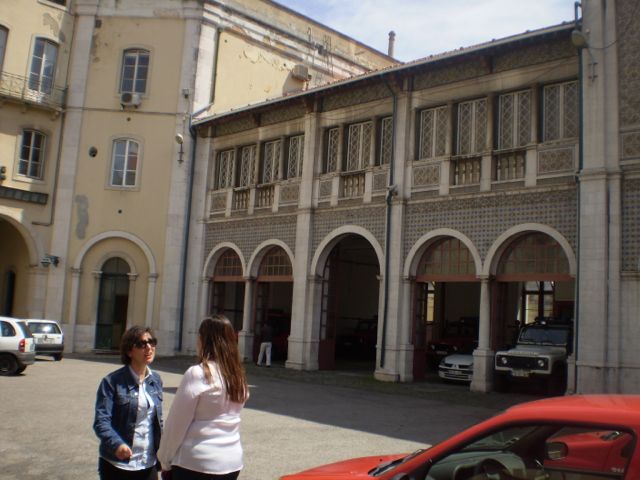 The convent of Esperanca (now the Fire Station) 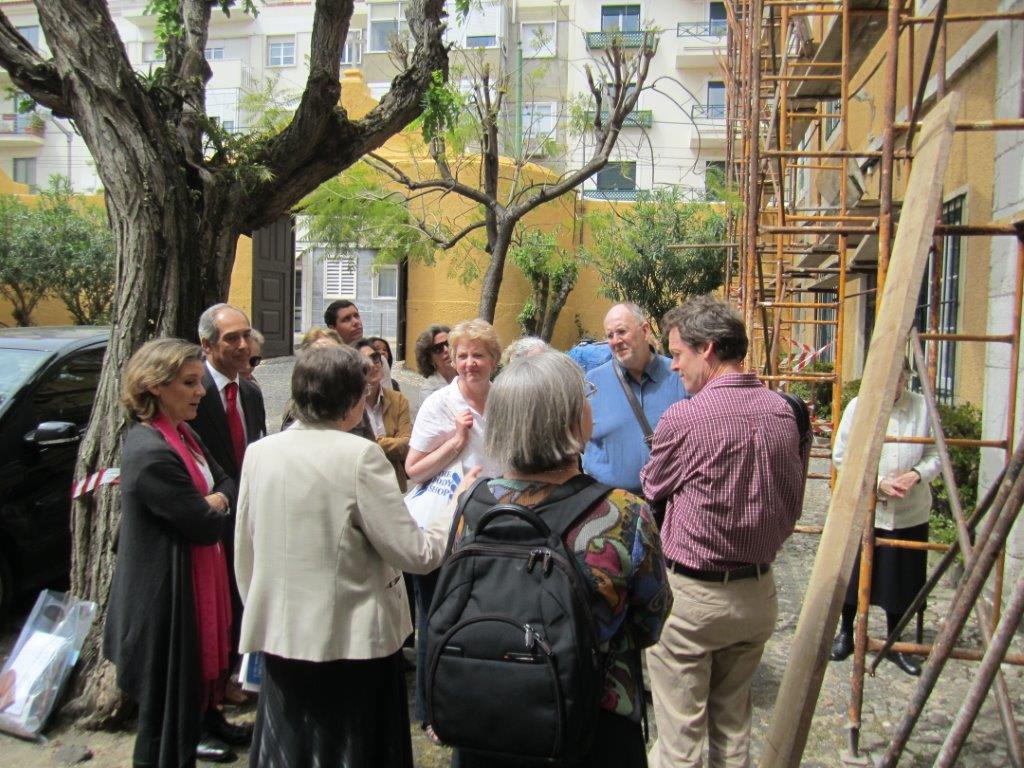 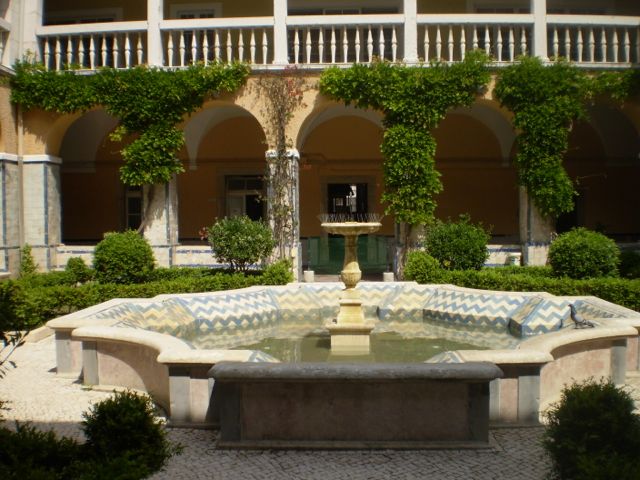 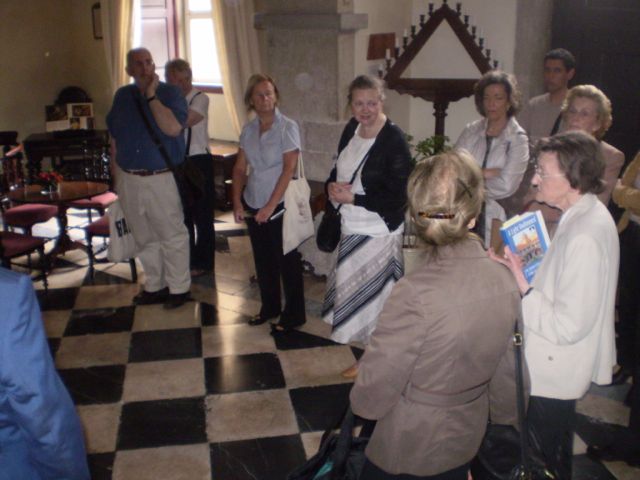 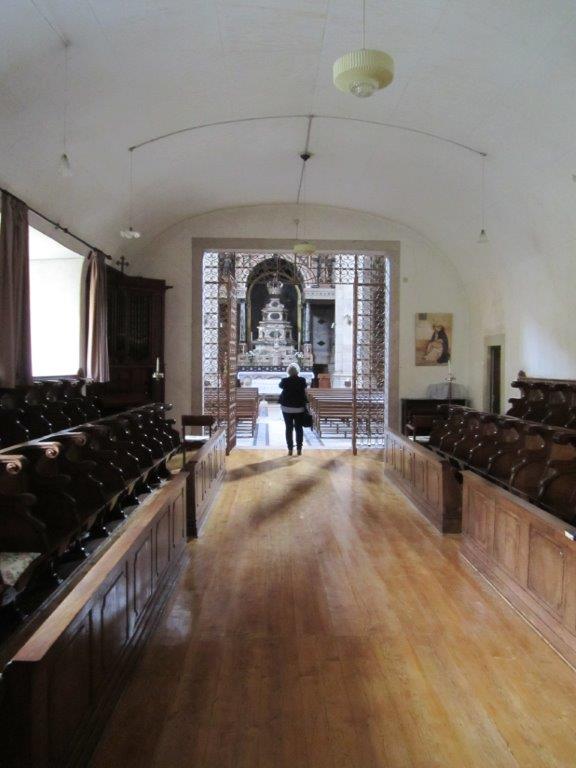 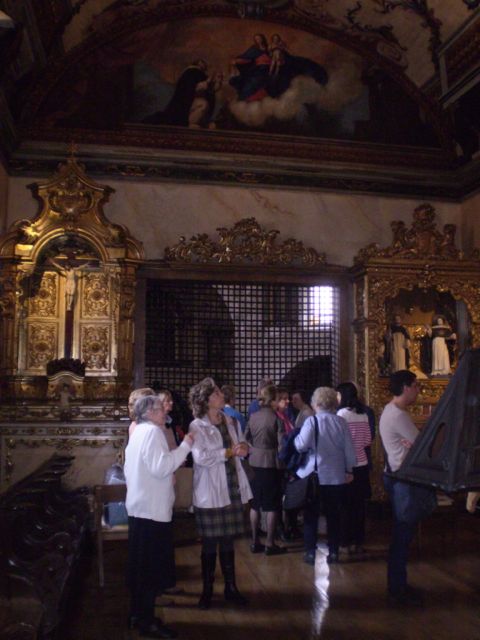 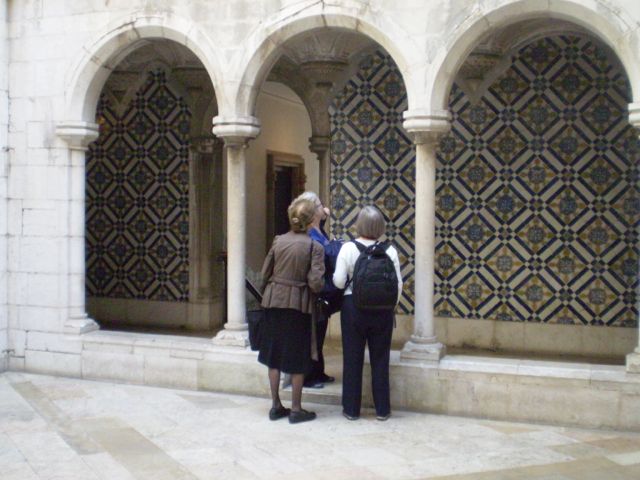 At the Museu Nacional de Azulejo 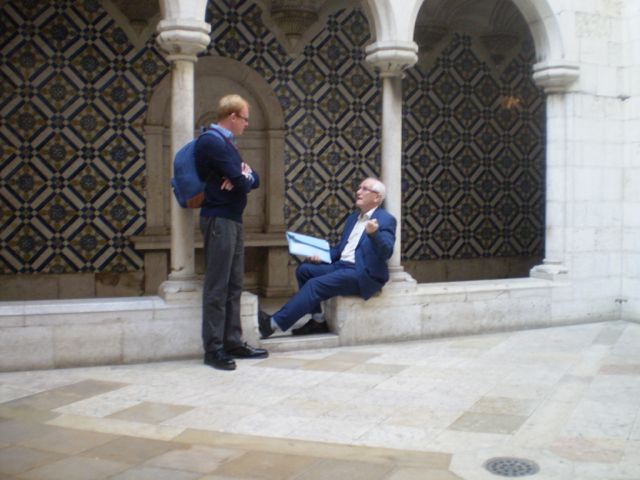 At the Museu Nacional de Azulejo. 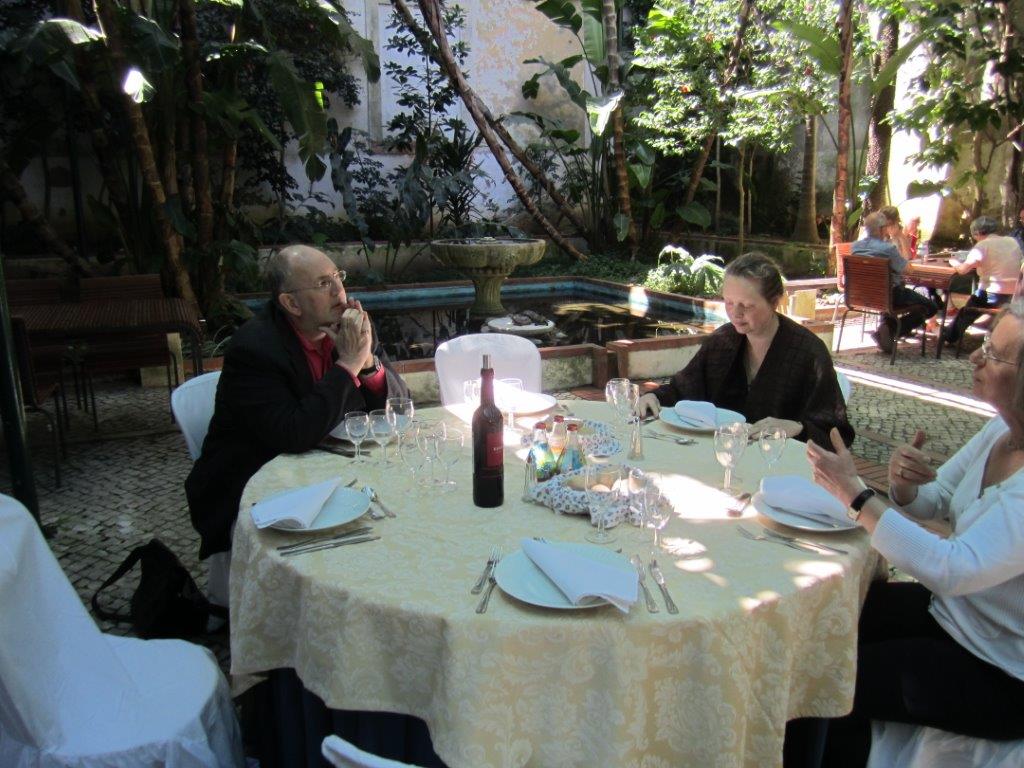 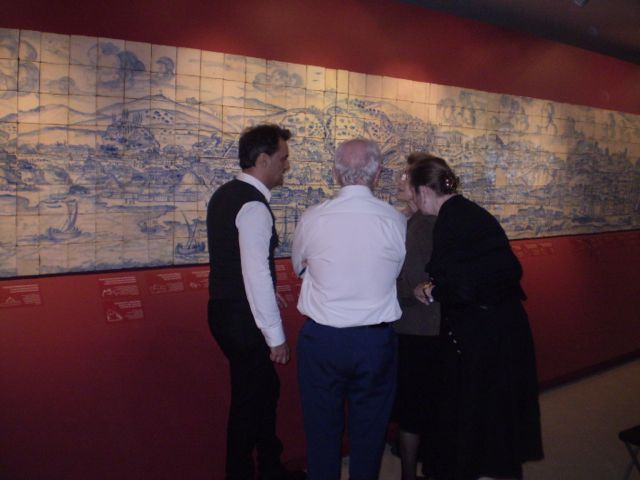 The Syon community arrived in Lisbon in 1594, and remained until 1861: the longest continuous residence in its six hundred-year history.

For the second in our series of workshops, therefore, we travelled to the Portuguese capital for three days of research papers, site visits, and intellectual exchange. The workshop was timed to include the 595th anniversary of the first professions at Syon Abbey, on 21 April 1420. We were privileged to spend the first day of our proceedings in the former convent buildings themselves, now part of the Institute of Economics and Management (ISEG) of the University of Lisbon. On day 2, we visited the Irish Dominican nuns of Bom Sucesso, who, like Syon, came to Portugal in the 17th century, and have been continuously resident in Belém, to the west of Lisbon, since 1639. Our final day was spent at the Museu Nacional de Azulejo (the National Tile Museum), itself housed in a former convent. Here we were able to meet in the room devoted to the Museum’s most famous treasure, a 23m panorama of Lisbon made in the early 18th century, and our best record of the city before much of it was destroyed in the great earthquake of 1755.

The workshop brought an international group of Syon scholars, including historians, literary specialists, and art historians, to Lisbon. Here we were also able to meet a number of Portuguese scholars. In particular, the workshop profited from the involvement of the team from Lx Conventos, a research project under the direction of Professor Raquel Henriques da Silva of the University of Lisbon, which has been investigating the later history and closure of Lisbon’s religious houses, and the key role of former conventual buildings in the development of the modern city. The point was well illustrated during an impromptu walk through the streets around the former Syon, which took in the sites of four former convents. One of them, built for the nuns of Esperança (with whom the Syon community stayed on their first arrival in Lisbon) is now the headquarters of the Fire Department, with fire engines garaged in the cloister, and the machine shop in the undercroft of the conventual church.