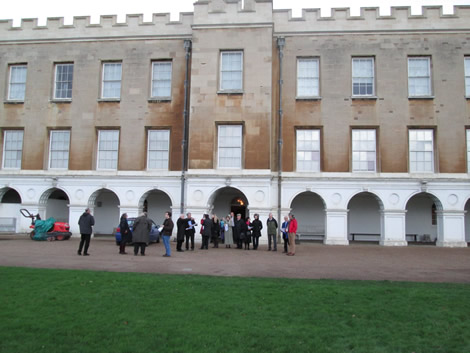 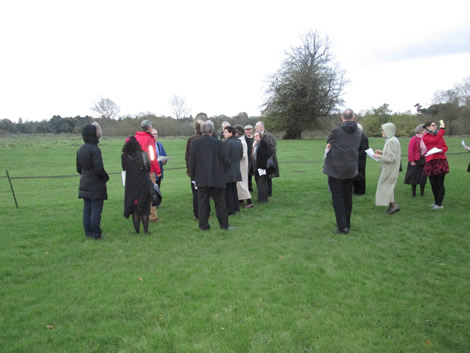 Workshop participants in the grounds of Syon House 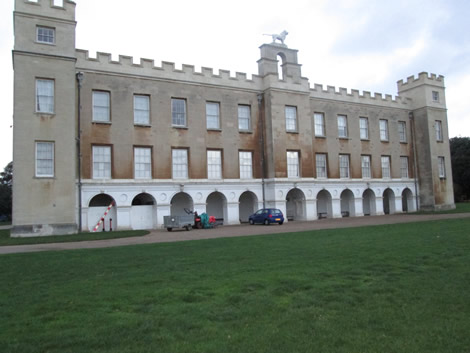 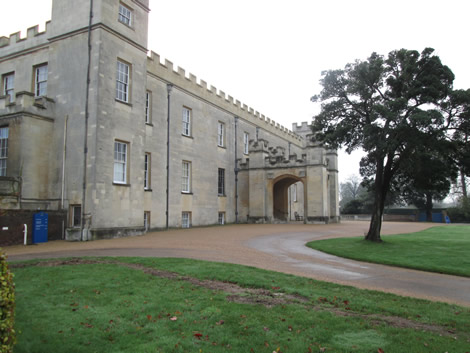 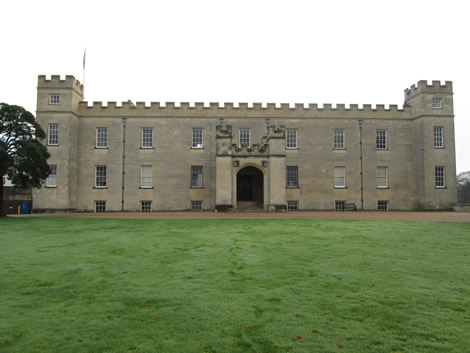 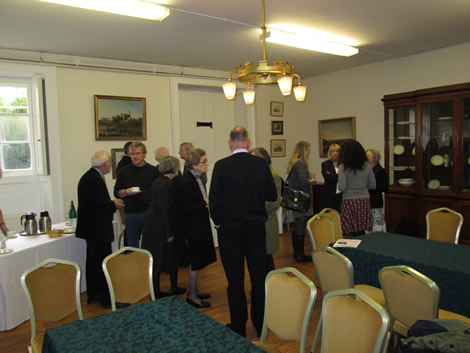 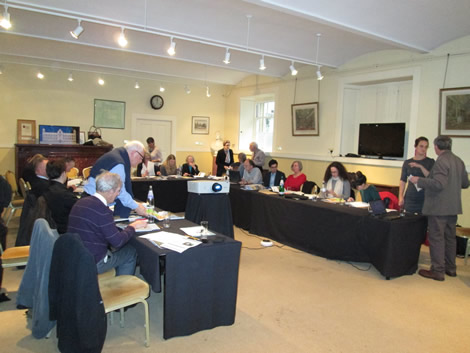 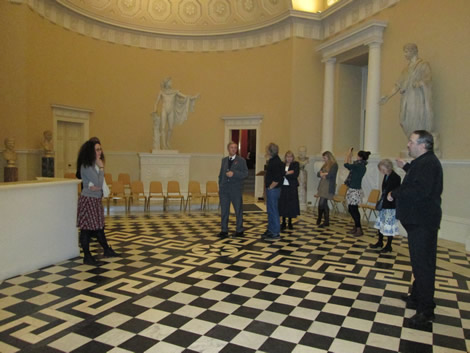 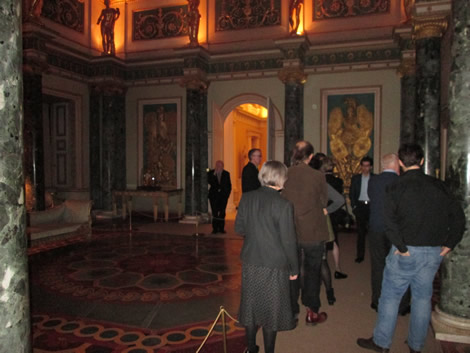 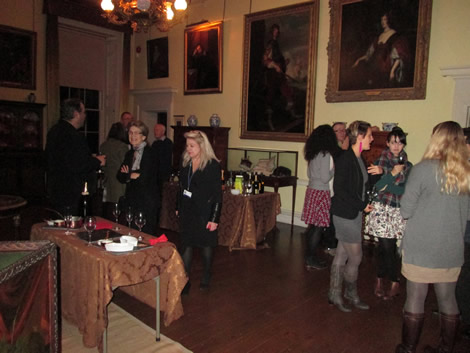 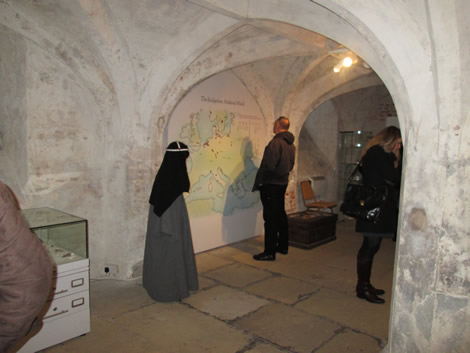 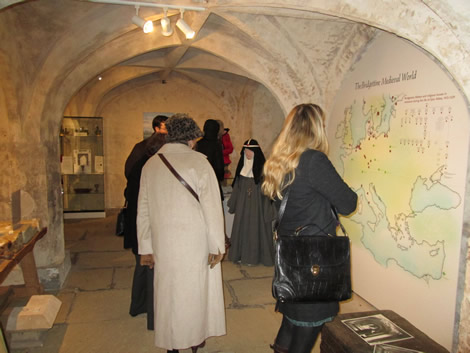 We were privileged to begin the series of workshops at Syon Park, site of Syon Abbey from 1431 to 1539, and again for its brief restoration in the 1550s. Our focus was on the Abbey’s foundation and medieval history, the expulsions under Henry VIII and Elizabeth, and the community’s subsequent history until its safe arrival in Lisbon in 1594 – coincidentally the same year that Syon House came to its present owners, the Dukes of Northumberland. The support and enthusiastic engagement of Syon Park and its staff helped to make this an exceptionally memorable meeting.

Between 20 and 25 people took part in the workshop over the course of the weekend. They included historians, literary and manuscript specialists, liturgists, and archaeologists; academics, post-graduate researchers, amateur historians of Syon and of the local area, and members of Syon Park staff. As well as conference sessions, the workshop included tours of Syon House and an account of the archaeological investigations into the monastery site and its later redevelopment.

A review of the papers and discussion topics that were proposed for the workshop gives a good idea of those aspects of Syon studies that are interesting people at the moment. Two clusters stood out. Liturgy – for so long an arcane mystery to all but the few who were able to speak its specialist language (generally a mixture of Latin and German) – seems to be opening up as a site for interdisciplinary enquiry, where scholars of text, music, illumination, ecclesiology, and performance can meet and exchange ideas. It was nice to see analyses of two of the Syon Abbey liturgical manuscripts now at the University of Exeter included in discussion. And secondly, the centre of gravity of Syon studies seems to have shifted towards the 1530s, with the dissolution, its prequel and aftermath, and the publishing efforts of Bonde, Fewterer and Whitford.

Nonetheless, we were also reminded of how much we still don’t know of Syon’s origins and early existence: the years between the first English encounters with St Bridget and her order and the foundation in 1415, the embryonic phase between 1415 and 1420, and the early years during which the abbey (along with the wider Bridgettine order) was getting itself established, and in which the Benedictines of St Albans seem to have had an important, if still to be fully defined, role. At the other end of our period, study of the years of exile benefits from the existence of a strong historiographical tradition emanating from the abbey itself, but this needs to be contextualised with the experiences of other groups of English nuns, and indeed monks, and the broader Catholic community in exile which provided Syon with patronage, novices, and other kinds of support.

Finally, Topher Martyn of Syon Park led a short session on ‘Syon Abbey to Syon House’, taking in the monastery site’s subsequent fate as royal residence, armaments factory, and riverside palace, and the strata of garden design hidden beneath Capability Brown’s superficially natural landscape. This was another topic of Syon’s history, it quickly became obvious, that could have had a fascinating day of the proceedings to itself.